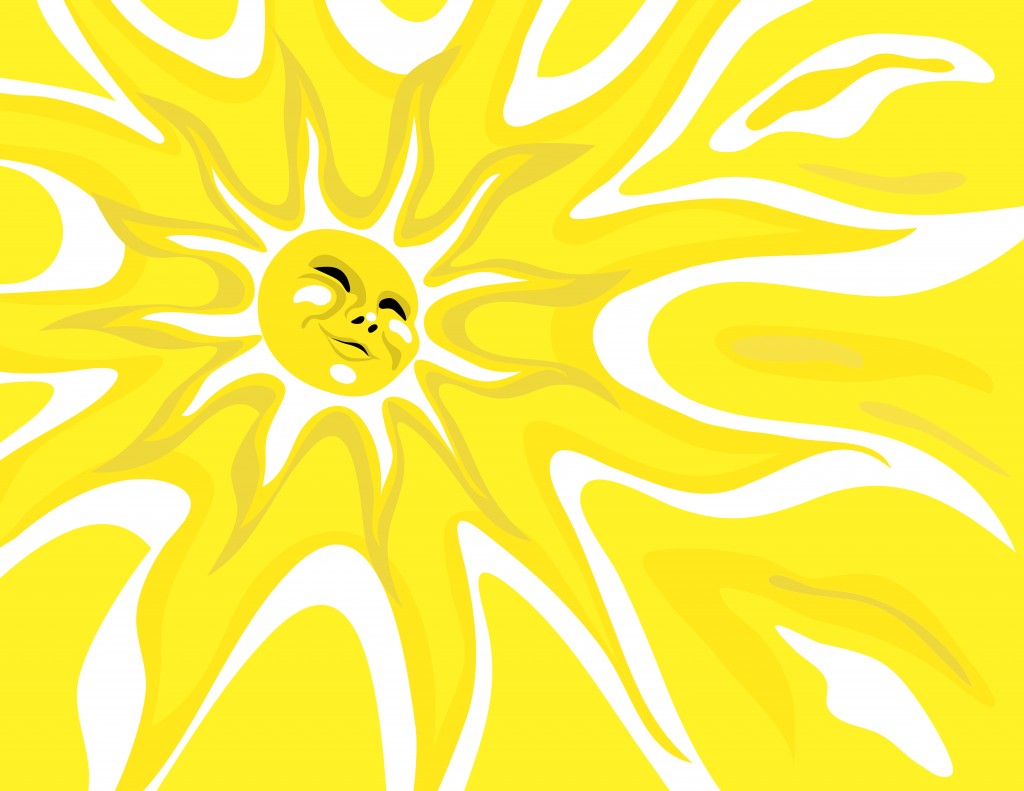 01 Jul Under the Sun

Posted at 10:17h in Astrology, Blog by Tony Hyland
Share

The sun is one of the most important aspects of our lives, not only in a practical sense but also in a psychic and spiritual one. It lights our days, warms our bodies, and helps the crops grow so that we can eat. As one of the strongest influences in the horoscope, it influences us daily – and even the most sceptical person can tell you what their sun sign is.

Throughout the ages, in cultures and societies around the world, the sun has been the subject of worship and reverence. In Ancient Egypt, many of the gods were associated with sun, most notably Ra, although the earliest Egyptian solar deities were all goddesses; to the Greeks, the sun was personified as Helios and often associated with Apollo. The Romans celebrated Sol Invictus, who later became correlated with the figure of Jesus Christ. Other solar deities include the Japanese Amaterasu, the Slavic Zorya and Dažbog, and the Irish Lugh.

Flying Too Close to the Sun

One of the most familiar myths in which the sun plays a part is, of course, the tale of Icarus and Daedalus. Following his construction of the Labyrinth, Daedalus and his son were imprisoned by King Minos of Crete. In order to escape, the artificer constructed wings made from feathers and wax. He warned his son, Icarus, of hubris, warning him not to fly too high. Icarus, however, was overtaken by the euphoria of flight, and flew too close to the sun, melting the wax that held his wings together and plunging to his death in the sea.

Similar themes are seen in the myths of other cultures; the Indian demi-god Jatayu, competing with his brother Sampati as to who could fly higher, also flew too close to the sun. To protect him, Sampati spread his own wings and shielded his brother, thus losing his own wings. In Chinese mythology, the giant Kuafu tried to chase and catch the sun, drawing closer with each stride and draining the rivers and lakes he crossed to quench his burning thirst; the extreme heat however proved too much, and he died from heat and exhaustion before obtaining his goal.

Whilst all these tales warn of hubris, they also exemplify the spiritual power of the sun; its strength and heat are such that it cannot be approached too closely.

The Sun in Astrology

The sun is a major influence in astrology; when somebody states their “star sign” they are referring to the sign which the sun occupied at the time of their birth. It exerts a strong influence over your ego, self, and self expression.

At the same time, however, the power of the sun is tempered by the influence of the Moon and the other planets. These can soften aspects of the sun’s power, tempering the edges of the ego just as the night provides respite from the sun’s heat.

Because of these different influences, the sun’s astrological influence on you personally can be complex; individually calculated astrology reports allow you to see these varied influences and understand these interactions.

Whether you are interested in the influence the sun may have on your spiritual journey, or you have any other questions that may be answered by psychic email readings,

For a telephone Psychic Reading call me or a member of my team to get a reading now.