The Beginning of Valentine’s Day 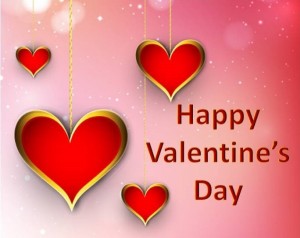 Every year, approximately 190 million Valentine’s Day cards are exchanged, not counting all the flowers (typically red roses), chocolates and candy that are given on this ‘day of romance’. The question is, how did it all begin – and who was St Valentine?

The Mystery of St Valentine’s Day

We do know that Valentine’s Day dates back as far as the 5th Century and that it contains vestiges not only of Christian, but also of ancient Roman traditions, or, to be more specific, the Roman holiday of Lupercalia. But what is Lupercalia all about and who is this Saint Valentine who somehow became associated with this holiday?

The Catholic Church and St Valentine

At least three saints by the name of Valentinus or Valentine are recognised by the Catholic Church (and all of them were martyred). One legend claims Valentine was a 3rd Century Roman priest who, after realising the injustice of Emperor Claudius II’s decree that young men could not marry by law (because he believed that unmarried men made better soldiers than married ones with families), defied the Emperor and performed marriages in secret. On discovery of is actions, Claudius ordered that Valentine should be put to death.

Some believe that Valentine was killed for trying to assist Christians in escaping from the beatings and torture they were frequently subjected to in the harsh Roman prisons.

Another legend suggests that it was an imprisoned Valentine who sent the first-ever Valentine greeting after falling in love with a young lady – believed to be his jailor’s daughter – who came to visit him during his time of confinement. This story alleges that, before his death, Valentine wrote this young girl a letter and signed it with ‘From your Valentine’, which is, of course, an expression we still use on Valentine’s Day cards today.

While the truth behind the legends of St Valentine is somewhat mysterious, every story told emphasises this saint’s appeal as a heroic, highly sympathetic and, perhaps most importantly, very romantic figure.

Whoever this man was, St Valentine’s Day on the 14th of February was first put into place by Pope Gelasius (who implied that nothing was known about Valentine’s life by including him among those “… whose names are rightly reverenced among men, while their acts are known to God alone.” – paraphrased to avoid copyright infringement) in 496 AD. Thanks to his reputation, St Valentine became one of England and France’s most popular saints by the Middle Ages.

Some schools of thought believe that we celebrate Valentine’s Day half way through February to mark the anniversary of St Valentine’s burial or death (believed to have occurred around 270 AD). Others, however, believe Valentine’s Day was placed on the 14th of February to try and ‘Christianise’ Lupercalia, a Pagan fertility festival celebrated on February 15th by the ancient Romans in honour of their god of agriculture, Faunus, and the founders of Rome, Remus and Romulus (who, according to legend, were raised by a lupa, or she-wolf).

Festivities included sacrifices and, later in the day, young women placing their names into an urn. These names would then be chosen by bachelors, who would then be paired with the selected women for the next year. Many of these ‘pairings’ then ended in permanent marriages. Having initially survived the rise of Christianity, Lupercalia was eventually outlawed as ‘un-Christian’ when Pope Gelasius established St Valentine’s Day on February 14th in 496 AD.

The day was not ‘officially’ associated with love until much later. A common belief (Middle Ages) in England and France that the mating season of birds began on the 14th of February may have added to the concept of this day being a day of romance.

Though popular even as early as in the Middle Ages, written Valentine greetings did not start to appear until the early 1400s (the oldest still existing Valentine we know of is a poem written by the Duke of Orleans to his wife in 1415, which now forms part of the British Library’s manuscript collection. By the mid-18th Century, the exchange of hand-written greetings and tokens of affection was common among lovers and friends among all social classes, and printed Valentine’s card first started replacing hand-written notes/letters by 1900.

Unlike the ancient Romans, you do not have to take ‘pot luck’ on romantic relationships. My Relationship Analysis Forecast Pack enables you to learn more about yourself, your intended ‘Valentine’ and your relationship, thereby giving you the chance to make your relationship a success. Why not order one right now?!