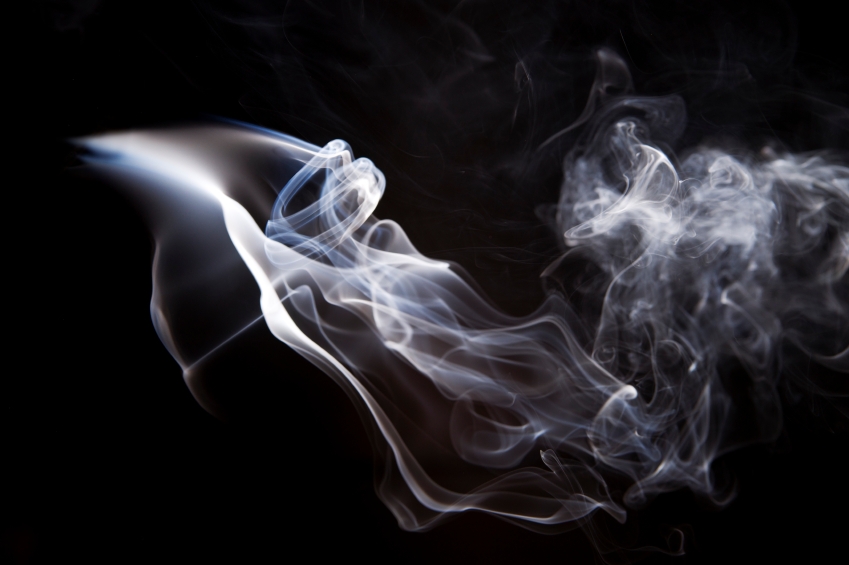 There are many ways in which psychics can access their talent and divine information; one of the most ancient is divination with smoke. The method is quite simple; create a fire of some description, and watch the movements of the smoke.

Divination with smoke is known either as capnomancy or libanomancy; the latter term is generally only used in regards to divination from the smoke of incense. The practice was first recorded in ancient Babylonia; at religious ceremonies throughout the year, cedar branches or shavings would be burnt and the movement of the smoke would be watched and interpreted. The Ancient Greeks also used similar methods, watching the smoke from burnt animal sacrifices, whilst closer to home the Celts were thought to practice a version using oak and mistletoe branches.

For some cultures, it offered a very practical use; the Semang people of Malaysia used a form of smoke divination to establish whether their chosen campsite would be safe for the night or not.

In times past, it was very easy to use smoke as a divinatory tool – because fire was a necessity of daily life, there would almost always be smoke available to observe. Today, however, you will generally need to make special preparations.

You can perform this divination either indoors or outdoors on a calm day, but please do ensure that you work safely. Both candles and incense offer easily manageable, focused sources of smoke which is easy to observe; some have performed divination from the smoke of a pipe, and in this modern era it may even be possible to divine from the cloud produced by an e-cigarette.

First, you should enter a relaxed and open state. Focus on the circumstances you are facing, or the question you have in mind. When you are ready, light your candle or incense, and watch the movements of the smoke carefully.

Generally, it is said that light, thin smoke which ascends easily to the sky is a good omen, whilst smoke that gathers and hangs in large clouds is less favourable. Smoke which returns to the ground is often interpreted as the least favourable formation. However, like many divination methods, interpretation can also be deeply personal. Some capnomancers watch for shapes in the smoke, and interpret them in much the same way you might interpret the shapes in tea leaves.

If you use loose incense, of the kind which often pops and crackles, you can also interpret these sounds in addition to the smoke formations. Modern interpretations tend towards one pop for yes, two quick pops for no, and silence (when you expect your incense to pop) as an indication that the answer is unclear.

Of course, if you would rather not fill your home with smoke to answer your questions, you can turn to me and my team for guidance. You can contact me for psychic email readings, or call us on one of the numbers at the top of this page. You can also find me on Facebook and Twitter.