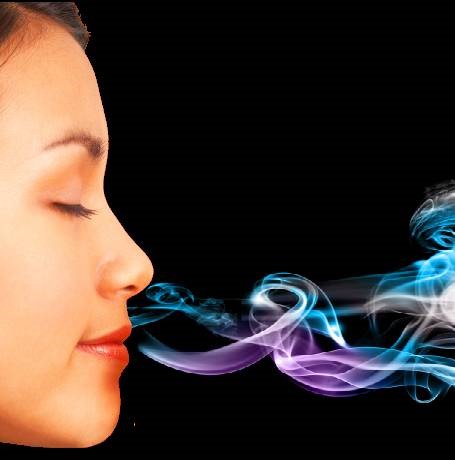 Also occasionally referred to as clairscent, clairalience is another psychic ability forming part of the family of clair senses.

Derived from the 17th Century French word ‘clair’ (‘clear’) and the word ‘alience’, which means ‘smelling’ or ‘scent’, clairalience is defined by varying sources (definitions have once again been paraphrased in order to avoid infringement of copyrights) as:

About Religion defines clairalience as ‘a form of ESP (extrasensory perception) involving a person getting psychic impressions via their sense of smell’.

Basically, a psychic using clairalience has the ability to ‘smell’ odours or fragrances of food, flowers or other substances; people or animals which are not present within their immediate surroundings.

The fragrances/odours perceived by clairalient psychics are not of physical origin and are not smelled through the physical nose, but are perceived ‘spiritually’. In other words, they are perceived through a ‘sense of smelling something’, rather than being an actual, physical scent that can be perceived by the nose.

A clairalient psychic reader may perceive different kinds of scents during a reading for different reasons:

Reassurance: Smelling a specific scent (a favourite perfume; tobacco or the smell of a favourite flower, for example) associated with a recently departed loved one is often regarded as a reassurance to grieving family/friends that their departed loved ones are ‘still around’ and watching over them from another (spiritual) realm. Smelling the ‘heavenly’ fragrance of roses is often seen as a ‘God-given’ reassurance of heaven’s joys.

Preparation: Sometimes, a fragrance specifically associated with a beloved individual is perceived shortly before or at the moment this individual passes away. In this case, it is interpreted as a warning that this person will pass away shortly or as a way of preparing those about to be ‘left behind’ for their passing.

Warning: Often described as a ‘warning of hell’s dangers’, rancorous, ‘hellish’ odours like, for example, the smell of burning sulphur, may warn of an impending accident or disaster, for instance.

Distance Smelling: Perceiving the smell of something or a person (which may be a physical body/environment or a spiritual essence/body or subtle environment) at a distance beyond the normal senses’ range is often viewed as a sign of all of creation’s fundamental ‘connectedness’. Depending on circumstances, it may serve as a sign of reassurance or as a warning.

Do You Require Reassurance?