Diwali, the Festival of Lights 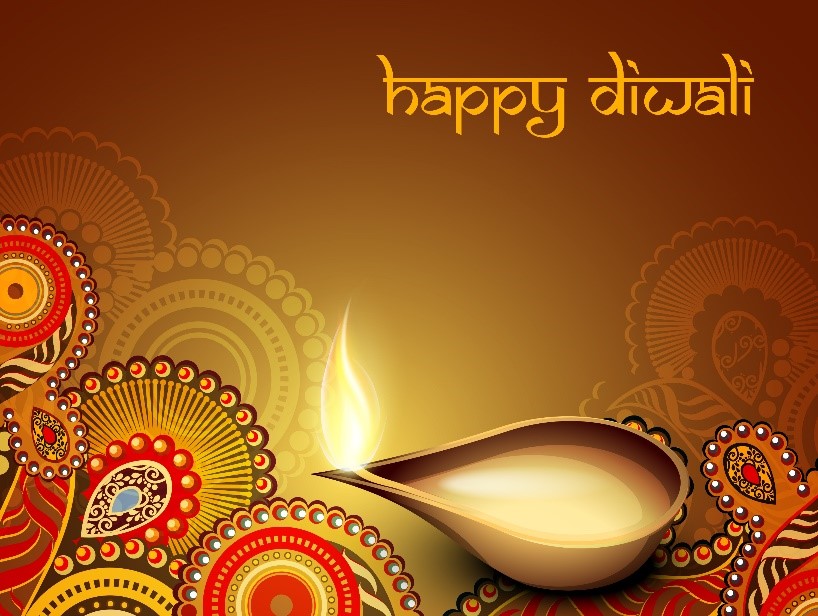 The Hindu Festival of Lights, Deepavali or Diwali (also occasionally referred to as Dipawali or Divali) is celebrated not only in India (where it is a public holiday), but also in cities around the world, including cities in the UK, USA and Canada, as well as Australia.

When is Diwali Celebrated?

The Festival of Lights is observed on the Hindu calendar month of Kartika’s 15th day. In India, this typically falls at the end of the monsoon season, when the weather is once again pleasant and mild. Around the world, the actual date may vary slightly. In the UK, the 2016 Diwali festivities will take place on the 30th of October.

Also marking the Hindu New Year, the festival is held in honour of Rama-chandra, the god Vishnu’s seventh avatar, or incarnation. Rama-chandra is believed to have returned from a 14-year exile on this day. During His exile, He defeated demon king Ravana and His demons in battle. On His return, people celebrated His victory, the victory of light over darkness, good over evil, by filling their homes with lights.

Lakshmi, the Hindu goddess of good fortune and happiness; prosperity and wealth is also worshipped as part of the Deepavali celebrations, as She is believed to roam the Earth and enter homes that are bright, clean and pure on this day.

Diwali and the Conquering of Asura Naraka

In Southern India, the Festival of Lights often also serves to commemorate the conquering of Assam’s powerful king Asura Naraka and the liberation of thousands of prisoners by another Hindu deity, Krishna.

The Spiritual Significance and Symbols of Diwali

While celebrations may vary between different communities around the world, the spiritual meaning and significance of this festival is that of victory of righteousness over spiritual darkness and awareness of one’s inner light. Meaning ‘rows of clay lamps (diyas)’ or ‘a cluster or row of lights’, Deepawali is symbolised and illuminated by bonfires, fireworks and beautiful lamps and lanterns.

Traditionally, festivities begin by people trying to pay off debts; buying or making new clothes and giving their homes and offices a good clean. Wearing one’s finest clothes, jewellery and sometimes mehendi, a temporary palm decorations made from henna, are also part of the celebrations, as are traditional foods and music; sweets and/or toys for children and, of course, the decoration of buildings with dipa or diya lamps (oil-burning lamps), strings of fairy lights and candles.

Street lighting, dancing, plays and firework displays are common festivities around the world, while in India, houses may be whitewashed and occasionally decorated with intricate designs drawn with white rice flower before being coloured in.

Indian towns and villages may also see floating of lamps on rivers and statues of Lakshmi may be carried through the streets as part of Divali processions. There may also be fairs (melas); children may wear anklets decorated with bells or headwear consisting of flower wreaths, and there may be speeches by town or government officials.

As this Festival of Lights also signals the Hindi New Year, it is obviously also a time for new beginnings. If you are facing decisions leading to changes and/or new beginnings, a psychic phone reading can give you the answers you need to make the right decisions. You can call me or a member of my team on the numbers available at the top of this page.