Why Do We Get Deja Vu? Part 1: Deja Vu Definition, Examples of Deja Vu Experiences & Types of Deja Vu 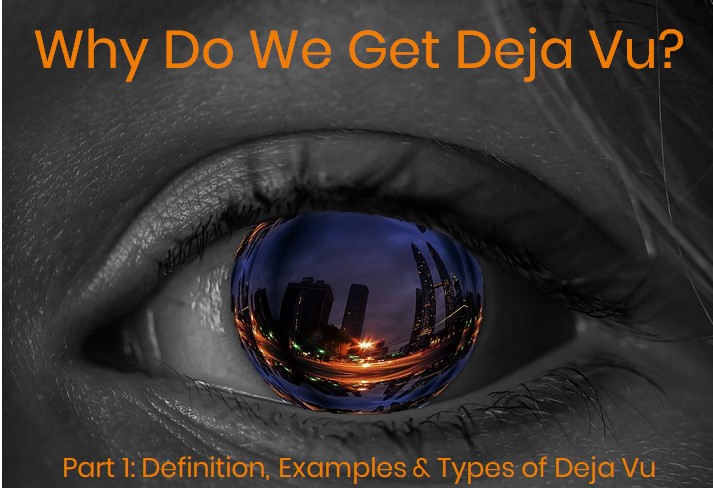 19 Jul Why Do We Get Deja Vu? Part 1: Deja Vu Definition, Examples of Deja Vu Experiences & Types of Deja Vu

Posted at 16:56h in Blog, Other Interesting Blogs by Tony Hyland
Share

The French term ‘déjà vu’ literally means (not surprisingly) ‘already seen’. The term was first applied to this phenomenon by Emile Boirac, a French scientist and one of the pioneers of studies into this subject, in 1876 (“L’Avenir des Sciences Psychiques“).

Generally defined as a feeling that you have experienced/seen something before although you know you couldn’t have (although definitions can vary significantly between researchers), deja vu is also often referred to as (depending on how the experience is manifested):

For ‘already met’ experiences, the term ‘déjà rencontré’ does, by the way, appear to be preferable to ‘déjà trouvé’, as it relates specifically to interpersonal situations (“The Various Manifestations of Déjà Vu Experience”).

What Deja Vu is Not

The term ‘déjà vu’ is often misused in association with precognitive experiences or hallucinations. These associations are, however, mistaken, because:

* While deja vu experiences can give you the feeling that you know precisely what will happen next (and then it does), they happen during a situation/event, not prior to it. True precognitive experiences, on the other hand, reveal something that will happen at some point in the future, not things you have experienced already.

As such, the most likely association between deja vu and precognitive experiences is that precognitive dreams may subsequently cause deja vu feelings.

* True deja vu experiences typically last for somewhere between 10 and 30 seconds. Often brought on by drugs or illnesses (and occasionally associated with a state of ‘heightened awareness), hallucinations, on the other hand, tend to last much longer – as do the ‘false memories’ often experienced by schizophrenics (which are also frequently confused with deja vu).

So, what constitutes a deja vu experience? Basically, you may be having such an experience when: 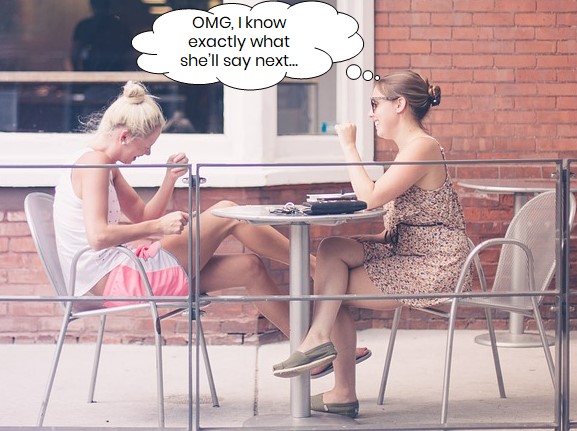 * You go somewhere new (like a holiday destination, a different shop or maybe a new working environment, for example) and something you see or hear triggers the distinct feeling that you have been there before although you know that you haven’t.

* You are talking to a friend and know exactly what he/she is going to say next because “you’ve had this conversation already” (but you know you’ve never talked about this specific topic before).

* Your partner takes you out for a meal and something you taste, or smell, convinces you that you must have been at this restaurant before – but you both know that this is not the case.

In a nutshell, any situation during which a sight, sound, smell or taste makes you believe you have experienced it before although you know that you could not have “been there” before is an example of a potential deja vu experience.

If you’ve had such an experience, you are, by the way, not alone: approximately 60 to 70 per cent of people say they’ve experienced deja vu at least once in their lives.

But, I hear you ask, what causes deja vu? Opinions on this are manifold…

Occuring randomly, only in some people and only for brief moments at a time, deja vu also shows no physical signs and there are no actual witnesses – the only indication that someone is experiencing it is their sudden exclamation “Hey, I’ve been here/done this before – must be deja vu!”

With any data provided stemming from personal recollections and descriptions, it is consequently not an easy subject to study or classify into different types.

This, has, however, not stopped psychologists, paranormal experts, philosophers and others from trying – and over the last two centuries, researchers have come up with over 40 different theories on why and how it happens.

Looking broadly at available research/resources allows this phenomenon to be placed into two categories: associative and biological deja vu.

Experienced by healthy, ‘normal’ individuals, this deja vu type (category) is quite common and, as the name suggests, associative in nature. Here, something you hear, see, smell, taste or otherwise experience triggers a feeling associated with something you have heard, seen, smelled, tasted or experienced before.

Many researchers believe that this is an experienced based on memory and that it is caused by the brain’s memory centres. 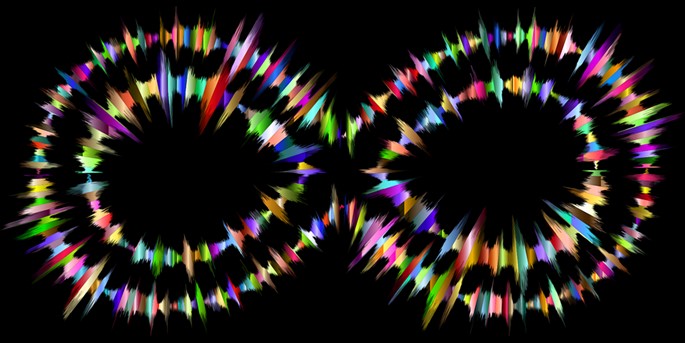 Deja vu is also comparatively common in sufferers of temporal lobe epilepsy, who often experience strong feelings of deja vu just before having seizures. Giving researchers a slightly more predictable (‘reliable’) opportunity to study the phenomenon, this has enabled them to identify the brain’s areas from which these deja vu types’ signals originate.

Some researchers do, however, believe that this type is patently different from what they call “typical deja vu” in that people experiencing it can truly believe that they have been in that precise situation before, as opposed to getting a quickly passing feeling.

Deja vu can also occur with some degree of predictability in people with major psychiatric disorders (like, for instance, schizophrenia, dissociative disorders, depression and anxiety) and has at times been known to become ‘chronic’.

People affected by chronic deja vu constantly feel like they’ve experienced things before – including, in some cases, deja vu feelings about deja vu feelings (see “Patients Suffer… Over and Over” for more on this).

It has been suggested by researchers that in such cases, the circuits activated when we remember something become stuck, for lack of a better description, in an ‘on’ position – essentially resulting in the creation of non-existent, false memories.

So, how has this phenomenon been studied – and what explanations have researchers come up with? Find out in Part 2: “Deja Vu Studies & Deja Vu Explanations”.