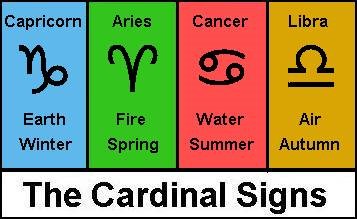 Posted at 08:16h in Astrology, Blog by Tony Hyland
Share

Capricorn, the fourth and final one of the Cardinal signs, reigns from the 22nd of December to the 19th of January. Ushering in Winter, this sign initiates activities with end results in mind.

Often respected community leaders, Capricorns, like Aries, Cancer and Libra natives, are sometimes mistakenly regarded as domineering. Although it is true that Capricorn individuals can, like other cardinal sign natives, be rather forceful at times, they are, however, loved and respected for the same outstanding qualities – their independence; creativity, spontaneity and enterprising nature.

Earth sign Capricorn individuals are neither impetuous nor impulsive, but set their plans and goals carefully. Their motivation is not money, but improve and maintain their reputation. As they love being respected for the work they do, prestige is to Capricorn natives like the proverbial cream to the cat. Working with extreme dedication and obsession, they do everything to the very best of their ability.

Capricorn natives are always interested in gaining fame or honour for the sake of it, particularly if the achieved position allows them to utilise their significant leadership abilities. Realising that a title can be leveraged for more compensation and responsibility later, the earthy, practical Capricorn individual will readily accept high profile positions without big salaries attached.

They say every one of us is no more than two telephone calls away from a person in power. If this is true and you are in need of getting hold of someone high up in the ‘food chain’, you should make the first call to your Capricorn friend, because he or she will have all the right contacts – and will eventually be part of that exclusive ‘inner circle’ themselves.

Next month, we will take a look at the first of the fixed signs, Taurus.

For your own personalised astrology report order one today.