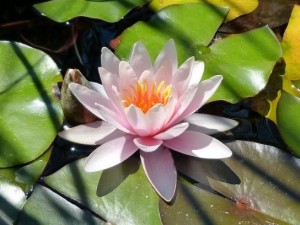 Posted at 13:34h in Blog, Spirituality by Tony Hyland
Share

In the Northern Hemisphere, July signifies the height of summer and all its glorious radiance, while in the Southern hemisphere, it is the middle of winter and a time for meditation and reflection.

Either way, this month is a celebration of the current season. The spiritual meaning and symbolism of July is subsequently plentiful.

Like most months, July owes its name to the ancient Romans. The fact that it was not named after a goddess or god, but after Julius Caesar, who was born in this month, does, however, make it somewhat unique.

Before Julius Caesar, this month was known as ‘Quintilis’, as it was the fifth month in the then Roman calendar (Numa Pompilius did not add January and February until 713 BC). Until its name was changed, it was said to be ruled by Jupiter, the Roman god of the sky and light. This, of course, made perfect sense, as July is a month offering plenty of daylight.

The birthstone for July is Ruby, which symbolises boldness, regality and, of course, the joy and contentment of summer. Flowers associated with this month are Larkspur – which again represents boldness – and the Water Lily, which in turn symbolises summer’s simple joys. Striking a somewhat regal poise upon its pad, the Water Lily also embraces nature and the ‘great outdoors’ as a whole – just like we do during this month.

All in all, the symbolism of July speaks of boldness, regality and outdoor adventures; joy, contentment and a great deal of fun in the sun.

Is this month going to be one of contentment, fun and/or adventure for you? Are there decisions to be made that require you to be bold?

Prepare for what July and the months to follow have in store for you by ordering a One-Year Astrology Forecast today!