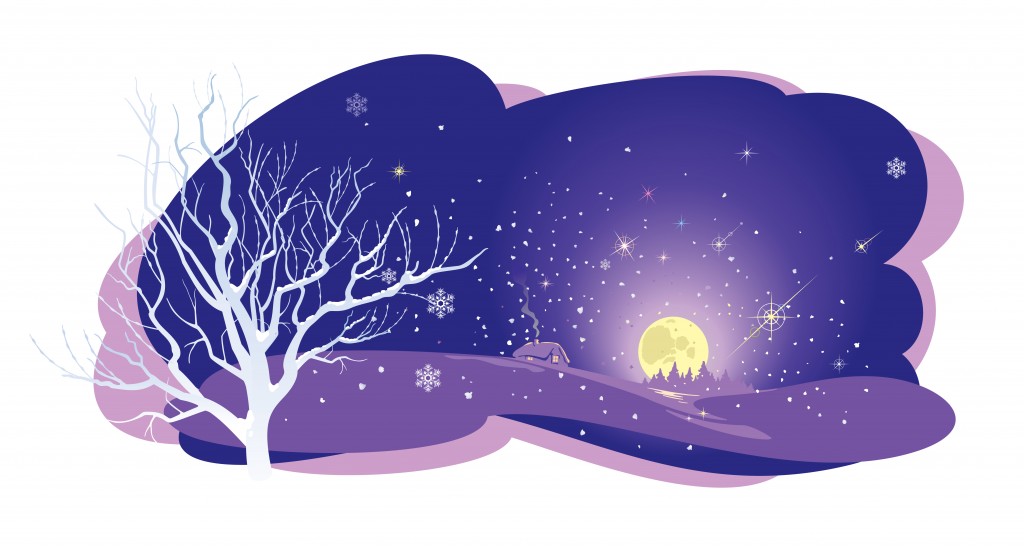 Soon will come the Winter Solstice, also known as Midwinter – the longest night of the year, and the shortest day. It is celebrated by many pagans as the Yule festival, and such festivities have been held for many centuries in many cultures. This is attested by ancient sites such as Stonehenge, which is aligned to the sunset on the Winter Solstice.

Celebrating on this date is natural; after all, from next week onwards the days will grow ever longer and (hopefully) warmer, so it is a perfect time to look forward to the future with hope. In harder times, Midwinter was the last feast before the hardest months of the year; cattle and other animals were slaughtered so that they would not have to be fed through the winter on food that the people would need, meaning this was a rare point when fresh meat was readily available. Many of the ancient traditions and customs associated with Yule and other Winter Solstice festivals have now become part of the traditional Christmas.

It wouldn’t be Christmas without a traditional Christmas tree, would it? It’s something that we are all so accustomed to that many don’t spare a thought for its origins. Although the Christmas tree was popularised in Britain during Victorian times, it is an echo of a much older tradition. Many ancient peoples, including the Druids, Egyptians and Chinese, used evergreen trees, wreaths and garlands to symbolise everlasting life – a good thing to remember at this time when everything else in the garden seems to have died away.

Although today most Yule Logs we see are of the chocolate sort, a few people do still maintain the old tradition – a single large log to burn in the fire over the festive season. It is traditionally supposed to be lit from the remains of the previous year’s log, and burnt slowly over the twelve days of Christmas. It’s often considered important that it be lit each day by somebody with clean hands. With the advent of central heating, the original Yule log has died out – but the dessert version still maintains a place in many celebrations!

The electric fairy lights on trees and houses up and down the country are a reflection of the bonfires and candles lit by ancient people at this time of year. They aren’t simply a way to fight back the darkness of the current days, but also a celebration and an invitation to the returning light. Fires were often associated with the Sun, and to some Pagans this festival marked the rebirth of the Sun God.

Whether you celebrate the Winter Solstice, Yule or Christmas, this is a perfect time of year to think about your choices for the year to come, and to reflect upon what you have achieved in the year gone by. Psychic readings can help you to find a new perspective on this, so if you would like to speak to me or my team you can do so simply call to get a psychic reading now.

We will be open every day at our normal hours throughout the Christmas and New Year season.