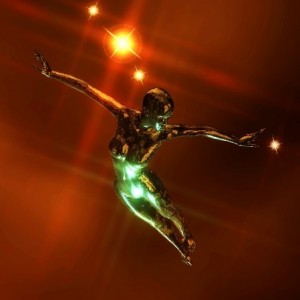 Disfest, or Dísablót, is a day on which sacrifices are made to honour the Disir, who are thought to oversee and protect living family members. Celebrated on the 31st of January, it is a day of honouring female relatives who have passed over; thanksgiving for the loving protection they have provided and remembrance. In some homes, every light and candle is lit to honour these passed over females.

In some Old Norse literature, the word disir (singular form: dis; lady or woman) is used as a generic term for women. Here, Disir refers to ancestral spirits (female) to whom disting and Winter nights are holy. Working under the Norse Goddess Freya, the Disir generally watch over family, but especially look out for the individual who will carry the family line on.

The Disir in Norse Mythology

In Norse mythology, the Disir are ghosts, spirits or deities associated with fate. Able to be both antagonistic and benevolent towards mortals, they may act as Norse clans’ protective spirits.

The original function of the Disir could have been one of fertility goddesses. Object of both official (dísablót) and private worship, they are, like the Norns, Vættir and Valkyries, almost always referred to collectively. Their veneration may have been derived from the worship of spirits of the departed.

Mythological and linguistic similarities lead some scholars to believe that the West Germanic Idisi and North Germanic Disir are related, but direct evidence of Continental German and Anglo-Saxon mythology is limited. Within many Norse texts, the Disir play roles resembling those of the Valkyries, Norns and Fylgjur, so it has also been suggested that Disir may simply be a broad term that includes such other beings.

The Anglo-Saxon version of the Disfest or Dísablót may have been the Mother’s Night, or Modraniht. Taking place around New Year’s, this is probably connected to the Celtic and continental Germanic matron group. The matrons here are female spirits – very much like the Valkyries and Disir. The matrons are also just as varied and can be guardian sprits; fertility spirits, warriors, and so on.

In Iceland and Norway, the Disir seem to be more connected to Odin. Here, the Dísablót was held at the start of Winter. Depending on availability, it was held in formal temples or private houses, with sacrifice being a principal ritual act. A lavish banquet following the sacrifice formed, according to some literary sources, another central part of festivities.

Often portrayed as guardian (tutelary) spirits of a particular location, person or group, the Disir cannot be cleanly separated from other spiritual beings ancient Germanic peoples recognised, and opinions over who the Disir are seem to vary, but three things prevail: they were intrinsically linked with familial kinship and relationships; they could be both loving protectors and merciless enemies – and they were honoured every year. Honouring departed ancestors – female or male – can, in my humble opinion, not be a bad thing.