Phrenology: Is It All In Your Head? 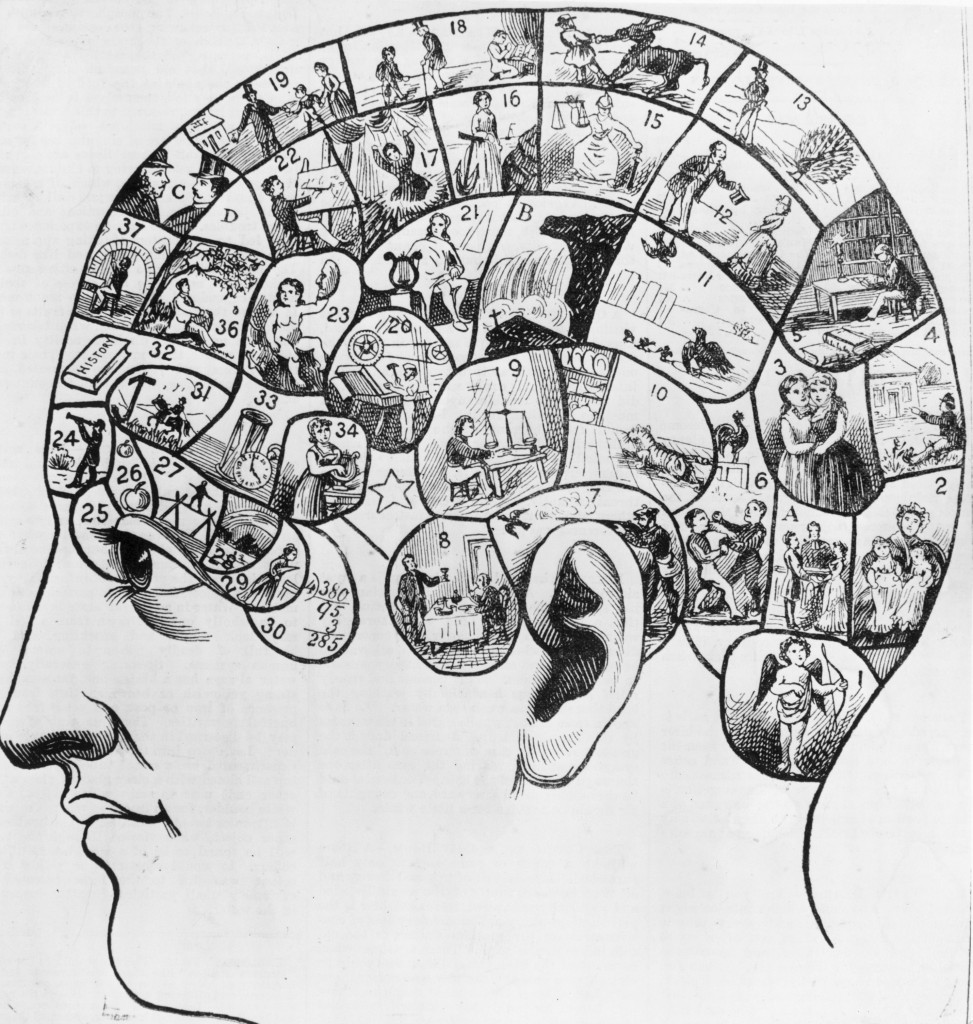 29 Apr Phrenology: Is It All In Your Head?

Posted at 10:49h in Blog, Other types of Divination by Tony Hyland
Share

Throughout the centuries, people have searched for ways to understand their own uniqueness; what exactly is it that makes you, you? Why should one person have a particular aptitude for maths, whilst another excels at art; why are some people shy and others outgoing? Was there any way to assess, measure and understand such aptitudes?

Phrenology, which was particularly popular in the nineteenth century, was a system that was used to do just that. The theory was that the brain had different nodes for different areas; a node for friendship, for example, one for memory, and one for language. The skull was believed to fit the brain like a glove on a hand, so where one had a pronounced node (and thus a pronounced aptitude) a bump could be detected on the skull.

By carefully examining the different lumps and bumps on a person’s head, and comparing them to the diagram, it was thought to be possible to identify the areas where that person excelled or was particularly prone to. This would enable the person to focus on their strengths, to avoid their weaknesses, and thus improve themselves as a person.

With the advancement of modern neuroscience, we now know that there are aspects of phrenology which are definitely based in fact; certain areas of the brain are indeed associated with particular functions, although those identified by scientists tend to be aspects like motor control and language rather than concepts like “amativeness” (the phrenologist’s term for the propensity to love). The work of phrenologists such as Franz Joseph Gall advanced the study of the brain, and was critical to the development of neuropsychology.

For most people, the main legacy of phrenology is the availability of decorative porcelain phrenology busts. However, some psychics are still able to make use of phrenology today, using the bumps on a client’s head to guide their ability and their intuitive gifts to interpret the meaning. It is often combined with aura readings, as the psychic is able to detect both the shape of the head and the shape and flow of the aura.

However, psychics do not always need to lay their hands on your head to be able to offer you insight and guidance. I offer psychic email readings, as well as readings by telephone. Call me or a member of my team to get a phone reading now.